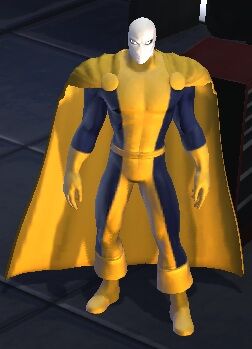 Hardly ever serious, Morph attempts to liven up otherwise tense situations with mindless banter, a defence mechanism he created to cope with the loss of his mother from lung cancer at a young age (leaving him with a hatred of cigarettes), and the hardships he faced while living with his father. He learned early on that his natural, bleached white and noseless appearance was not welcomed among his peers. Rather than be persecuted, he learned to stay in a human form for long periods of time. Once he became an X-Man, he decided that he no longer needed to do this.

He has revealed little about his past, except for his involvement with his Earth's Avengers, X-Men, and New Mutants.